You Have any Inquiry? Contact Us
You are here: Home > 2020 NEW YEAR’S MESSAGE : WORKERS’ WELFARE AND GOOD GOVERNANCE ARE OUR PRIORITY – NLC 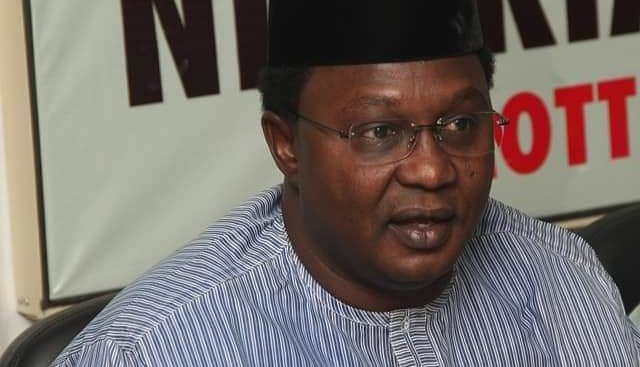 Being a text of the Goodwill Message to Nigerians on New Year’s Day, 2020, by Comrade Ayuba Wabba, mni, President, Nigeria Labour Congress

The Nigeria Labour Congress (NLC) felicitates with all Nigerians especially workers and pensioners on the celebration of the 2020 New Year Day. We hail the outstanding dedication, sense of duty and profound contributions of the Nigerian workforce to national growth and development.

On this occasion, we reach out to all workers, pensioners and other citizens in Nigeria and elsewhere with love, joy, hope and goodwill. We can only hope for better outcomes for all of us in the New Year.

As we celebrate the New Year, it is only logical that we also take stock of the outgone year 2019. This will help us identify pitfalls to avoid, mixed outcomes to improve upon and successes to consolidate.

For the Nigeria Labour Congress, the year 2019 was a year of leadership renewal, strategic capacitation and robust engagement on workers’ issues and other broader concerns in the polity. In the outgone year, the NLC was dedicated to protecting workers interests, promoting democratic values, advocating for the rule of law and defending human cum trade union rights. We sustained our fight against anti-labour practices in the work place and insisted on the observance of the rules of decent work. We also championed the cause of fair wages especially through our campaign for the passing of the new national minimum wage of N30,000 into law and subsequent negotiation of consequential salary adjustment for workers in the public service.

The unemployment crisis plaguing our country was of great interest to us. At the February 2019 12th National Delegates Conference of the NLC where new leaders of Congress were elected, a number of resolutions were passed on the disturbing trend of unemployment in Nigeria particularly within the youth demography. Our Conference resolutions called on government at all levels in Nigeria to quickly arrest this dangerous drift. Furthermore, during the Global Forum on Employment organized by the International Labour Organization (ILO) and hosted by Nigeria, we re-echoed our position that policy conversations about economic growth and development must be primed on job creation.

Congress was responsive to key national issues especially with regards to economic performance, credible elections, the rule of law, security and good governance in general especially in ways that were pertinent to workers. We made our positions clear through press statements, rejoinders, comments, and communiques. Our efforts went a long way in shaping public opinion, moderating the temperament of those in the corridors of power and influencing public policy and legislation.

On the 2019 general elections, the Nigeria Labour Congress as a pan Nigerian organization rose above partisan considerations to demand for free, fair and credible elections. We condemned infractions that trailed the 2019 election and in favour of the rule of law urged those aggrieved by the election outcome to seek justice in our law courts.

In the outgone year, Congress pressed for economic growth through the diversification of the national economy, improvement in our physical infrastructure and institutional reforms especially in the commanding heights of our socio-economic life. During our courtesy visit to President Muhammadu Buhari on March 7, 2019, we urged Mr. President to focus on job generation through the creation of the enabling environment for industrialization, economic diversification through agriculture and robust engagement with the social partners. We also called for the fixing of our refineries as the current importation of refined petroleum products is an unsustainable aberration.

2019 marked the consolidation of Nigeria’s presence and visibility in the international labour spheres. In addition to the ILO choice of Nigeria as the host of the Global Summit on Employment, the Nigeria Labour Congress hosted in Abuja the 6th African Meeting of Solidarity with Cuba from September 23 – 25, 2019. This biennial conference drew delegates from different African countries and other continents. The Nigeria Labour Congress also hosted the 4th Delegates Congress of the International Trade Union Confederation – Africa (ITUC-Africa) on 20th and 21st of November 2019. At the conference, a Nigerian, Comrade Joel Odigie was appointed the Deputy General Secretary of ITUC-Africa.

Workers were also concerned about the diminishing space for institutionalized tripartite consultation among the social partners in Nigeria especially through the institutionalization of the National Labour Advisory Council (NLAC). Upon persistent advocacy by the Nigeria Labour Congress, the Honourable Minister of Labour and Employment, Dr Chris Ngige, promised to inaugurate the NLAC before the end of 2019. Unfortunately, this did not materialize in 2019. It is our expectation that the NLAC will be fully formalized in 2020.

In the year 2020 ahead of us, the Nigeria Labour Congress will pursue with an uncommon sense of duty the following goals:

We use this medium to implore states that are yet to implement the new national minimum wage including the states that are yet to begin negotiation with labour on the consequential wage adjustment to speedily do the needful. In tandem with our position as adopted and communicated after a stakeholders’ meeting on December 11, 2019, organized labour in Nigeria will not guarantee industrial harmony in states that fail to implement the new national minimum wage by December 31, 2019. We direct our state councils to be on the standby to robustly engage state governments that fail to obey our laws.

We wish to remind State Governors that no excuse would be good enough for failure to pay. The ongoing revelations on the monumental looting perpetrated by former governors prove that only an intent to loot, and deadened conscience not availability of resources would be the reason any Governor would hesitate to pay workers the N30,000 new national minimum wage and the consequential adjustment in salaries. The new national minimum wage is now a law and State Governors do not have the luxury to choose whether to pay or not.

In the year 2020, the Nigeria Labour Congress will mount a very robust campaign for the generation of mass jobs and for already existing jobs to be decent. To this end, the NLC is perfecting plans for a National Job Summit in 2020. We will get stakeholders: experts, policymakers, concerned demographics and workers on a roundtable to find answers and solutions to Nigeria’s burgeoning unemployment crisis.

In the spirit of growing the economy and creating jobs, we urge our compatriots especially our elites to change our consumption habits. We must consume what we produce. We must patronize “Made in Nigeria”.

In the immediate past year, the efforts of the current government against official corruption was consolidated with the conviction of top politicians, their aides and their collaborators in the business community. Given that every naira stolen from the Nigerian people is an infrastructure stolen, a job stolen, a dignity stolen, a future stolen and sometimes, lives stolen, the Nigeria Labour Congress will continue to support the current efforts by the President Muhammadu Buhari government to rid Nigeria of official graft. We will also continue to partner with anti-corruption agencies to increase public awareness on the ills of official corruption and to expose fraudulent deals and characters.

A major sore point in the outgone year was the penchant for overzealous security agents to resort to self-help in the prosecution of their duties. By so doing, they forgot that Nigeria is a democratic state governed by laws. We all have a duty to protect our institutions and our fledgling democracy from the perception of abuse and from actual hijack by those whose primary responsibility should be to protect and defend our democratic institutions. The desecration of our courts by the State Security Service is an ill wind that should never blow again.

In addition to the protection of our democratic institutions, Nigerian workers call for the defense of our civil liberties which includes the right to organize, freedom of association, the right to protest and the right to embark on strike actions. We wish to remind those in the corridors of power that these rights are guaranteed by the 1999 Nigerian constitution and relevant ILO Conventions and so, these rights are fundamental, sacrosanct, inviolable and non-negotiable.

Nigerian workers under the leadership of the Nigeria Labour Congress will continue to work assiduously towards the promotion of national security, peace and unity. We will continue to put the needed weight on the things that unite us and hold in contempt the things that seek to divide us. We encourage our political leaders to exemplify the same by their utterances and conduct. By so doing, we would be laying an enduring foundation for national peace, unity, and development.

In 2020, we demand that government must prioritize the security of lives and property. Nigeria has seen enough bloodshed. While we commend the sacrifice and commitment of our soldiers and other security personnel in the war against terrorist insurgency and other violent crimes across Nigeria, we urge government to do all it takes to end the bloodletting and brigandage in different parts of the country. As we have always canvassed, the war against insecurity must be anchored on human security. We must feed hungry stomachs. We must create jobs to engage our youths. An idle mind is devil’s workshop.


Nigerian workers are deeply concerned about plans to renovate the National Assembly with about 37 billion naira. Given our developmental deficits and level of poverty, we consider the proposed renovation as misplaced priority. This is more worrisome given that the National Assembly Complex has always enjoyed top-notch routine maintenance.

In the new year and in the decade ahead, we urge government at all arms and tiers to be altruistic in their priorities and to demonstrate utmost fiscal restraint and discipline.

We also wish to use this moment to put to mind the plight of our pensioners across the country. There are varying degrees of infraction and outright violations of Nigeria’s Pension Reform Act in all the thirty-six states of the federation and the Federal Capital Territory. We call on our state governments and the Federal Capital Territory Administration to fully comply with our Pension laws by ensuring the immediate enactment of enabling laws on Contributory Pension Scheme for states yet to enact same, prompt remittance of both employers and employees contributions to pension fund administrators, actuarial evaluation for retirees whose pension is due and procurement of a Group Life Insurance Policy for workers under the Contributory Pension Scheme. We also urge the three tiers of government to prioritize the settlement of arrears of pension and gratuity liabilities owed our pensioners.

In 2020, our resolve to protect, promote and prioritize workers’ and pensioners welfare will be indefatigable. We will continue to be the voice for the oppressed and downtrodden. We will dare the enemies of Nigerian workers and people and we will triumph by the grace of God.

While we expect the very best for ourselves and our families in 2020, we wish Nigerian workers and all people of goodwill a very pleasant, productive and promising New Year!