You Have any Inquiry? Contact Us
You are here: Home > COMMUNIQUE OF THE NEC OF NLC

COMMUNIQUE OF THE NEC OF NLC 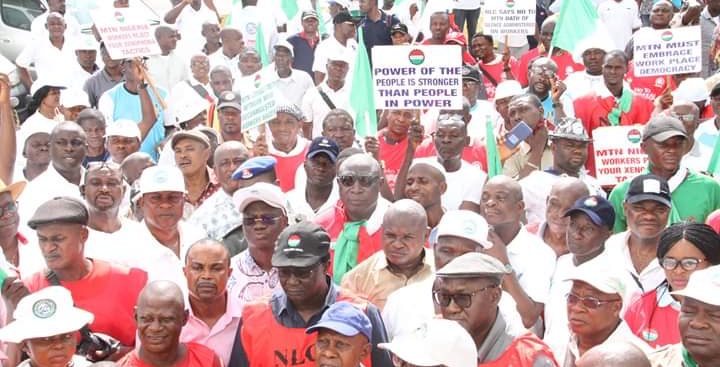 Preamble
The National Executive Council (NEC) of the Nigeria Labour Congress (NLC) held a meeting on Tuesday, 22nd June 2021. The virtual meeting was anchored from Oyerinde Olaitan Auditorium, Labour House, NLC National Headquarters, Abuja. The NEC comprises all Presidents, General Secretaries and Treasurers of NLC’s affiliate unions; Chairpersons and Secretaries of State Councils and the FCT; and members of the National Administrative Council.

The two major issues considered by the National Executive Council during its meeting was the review of the recent industrial action and protests in Kaduna State against the mass sack of workers by the Kaduna State Government and the proposal by the Nigeria Governors’ Forum to increase the current price of petrol (PMS) from the current 162 Naira per liter to between about 380 Naira and 408 Naira per liter.

The NEC went on to Observe: