You Have any Inquiry? Contact Us
You are here: Home > ITUC AND NLC CALL ON PRESIDENT EMMERSON MNANGAGWA TO END THE CAMPAIGN OF TERROR AGAINST ZIMBABWEAN WORKERS 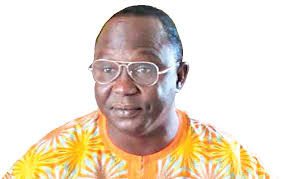 President of the Republic of ZIMBABAWE

WE CALL FOR AN END TO THE DETERIORATING WORKERS, TRADE UNIONS AND CITIZENS’ RIGHTS SITUATION IN ZIMBABWE DEMANDS YOUR URGENT ATTENTION

I bring to you the compliments of the Nigeria Labour Congress (NLC) and the International Trade Union Confederation (ITUC).

We write to bring to the esteemed attention of Your Excellency the deterioration of workers’ rights, trade unions rights and the human rights of citizens of Zimbabwe in recent times. The situation is so bad that the ITUC has ranked Zimbabwe among the 10 worst countries for violation and infraction on workers’ and trade union rights.

Your Excellency, it is very unfortunate that the ruling party in Zimbabwe, the ZANU-PF, has now officially labelled our sister trade union centre, the Zimbabwe Congress of Trade Unions (ZCTU), also an affiliate of the International Trade Union Confederation, as a terrorist organisation. This campaign of calumny against a legitimate workers organization have been intensified through state suppression. A few instances would suffice.

In July 2020, the ZCTU President, Comrade Peter Mutasa and Obert Masaraure of the Teachers‘ union had their homes broken into and were placed on Police wanted persons’ list. Nurses who risk their lives at the frontline of the fight against the Covid-19 pandemic and who protested against poor wages and lack of protective equipment were harassed, arrested and are currently being prosecuted.

Furthermore, on 31st July 2020, the government shut down the entire country and locked out workers who intended to go to work.  We received reports including video clips of heavily armed soldiers and police personnel mounting roadblocks in major cities and towns in order to thwart planned peaceful protest actions. Scores of people have been arrested, detained, brutalised or tortured by the security forces while others have had to flee from their homes. This is certainly horrendous and unimaginable.

The current persecution of trade unions and trade union leaders in Zimbabwe is only a continuation of the violence and clampdown visited on workers and trade union leaders in Zimbabwe in early 2019 in which many labour leaders were arrested, detained and prosecuted. It would be recalled that the ITUC-Africa General Secretary, Comrade Kwasi Amankwah, was also arrested and detained upon his arrival in Harare in February 2019. He was only released following a global outcry.

We strongly condemn the current labelling of the Zimbabwe Congress of Trade Unions (ZCTU) as a terrorist organisation and the persistent persecution of trade unionists in Zimbabwe. Zimbabweans have the constitutional right to demonstrate and petition as Zimbabwe is signatory to regional, continental and global human rights instruments that recognize the right to peaceful assembly and association.

Your Excellency, being one of the few surviving freedom fighters that ousted the Rhodesian government, you may recall that ZANU- PF itself, as a liberation movement party, was once called a’ terrorist’ organisation by the colonial government in Zimbabwe.  For the ZANU-PF to now use the same undemocratic tactics against activists who speak up for working people is a shame to those who lost their lives for the liberation of Zimbabwe and to those anticipating a better and progressive Zimbabwe.

Your Excellency, we call on you to rise to the clarion call of statesmanship and astute statecraft in Zimbabwe by immediately dismantling all the paraphernalia of violence, persecution and state suppression of workers, trade unions and citizens’ rights. It is never too late to create a fresh narrative of tolerance, social inclusion, industrial harmony, rule of law and economic prosperity in Zimbabwe, all built on enduring democratic ideals.

In order to demonstrate your intention, in the earliest instance, to do right by the workers and people of Zimbabwe including leaders of trade union organizations, we make the following demands on you, and the Zimbabwean government especially security forces and law enforcement:

We will continue to mobilize workers all over Africa and the world to keep tab and pressure on the situation in Zimbabwe until we are certain that the lives, safety and wellbeing of workers, citizens and residents of Zimbabwe are fully guaranteed.