You Have any Inquiry? Contact Us
You are here: Home > NLC COMMENDS THE NATIONAL ASSEMBLY FOR PASSING THE PETROLEUM INDUSTRY BILL – DEMANDS THAT THE NNPC BE TRANSFORMED INTO A PUBLIC LIABILITY COMPANY 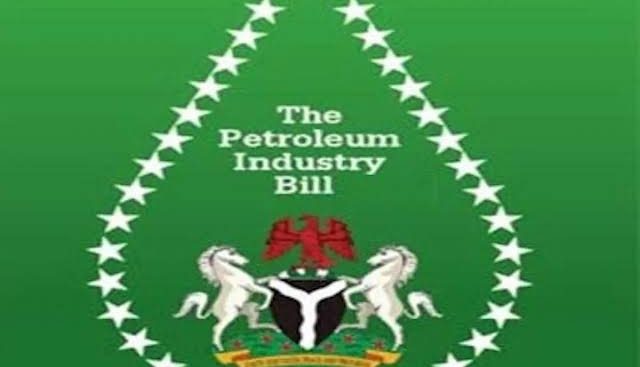 CONGRESS COMMENDS THE NATIONAL ASSEMBLY FOR PASSING THE PETROLEUM INDUSTRY BILL – DEMANDS THAT THE NNPC BE TRANSFORMED INTO A PUBLIC LIABILITY COMPANY
The Nigeria Labour Congress received with relief the news of the passage of the Petroleum Industry Bill (PIB) by the two chambers of the National Assembly. The PIB with 319 clauses, 5 chapters and 8 Schedules is promoted by government as an instrument for increased transparency, services delivery and global competitiveness for Nigeria’s oil and gas sector. It is remarkable that after about twenty years of wait since President Umaru Musa Yar’Adua first submitted the PIB to the National Assembly, the PIB, is finally becoming a reality. We commend the Senate and the House of Representatives for rising to the occasion.
We know that the process of making the PIB a law has not been completely consummated as the passed bill would still need to be harmonized by a Conference of the two chambers of the National Assembly. President Muhammadu Buhari is also expected to sign the bill into law. Definitely, there are a few more hurdles to cross.
The Nigeria Labour Congress while taking in this moment of legislative jinx breaking, wishes to draw the attention of the National Assembly of the need to handle with utmost care the very sensitive issue of the unbundling of the Nigeria National Petroleum Corporation (NNPC).
The bill as passed by the upper chamber of the National Assembly retained the recommendation of the Joint Committee in Clause 53 which empowers the Minister of Petroleum Resources to incorporate the Nigeria National Petroleum Corporation as a limited liability company to be known as NNPC Limited. This is expected to take effect six months after the commencement of the Petroleum Industry Act.
Clause 53 mandates the Minister of Petroleum Resources at the incorporation of NNPC Limited, to consult with the Minister of Finance to determine the number and nominal value of the shares to be allotted, which would form the initial paid-up share capital of NNPC Limited. Consequently, the Senate approved ownership of all shares in NNPC Limited to be vested in the Government at incorporation and held by the Ministry of Finance Incorporated on behalf of the Government.
The Nigeria Labour Congress as part of its input to the Petroleum Industry Bill during its appearance at the public hearing canvassed that the NNPC should be transformed into a Public Liability Company where every Nigerian can own shares. This desire to make the Nigerian people stakeholders in the commonwealth of the country appears to have fared quite well in the Senate’s consideration. This is commendable.
Congress is, however, concerned that unlike the Senate representation of Clause 53, Clause 53 of the PIB as passed by the House of Representatives does not seem to sufficiently capture this desire of the Nigerian people. This is a major blight in the PIB. It is not good enough.
The Nigeria Labour Congress urges the National Assembly during its Conference to harmonize the two versions of the passed bill pursuant to the Senate’s representation of Clause 53 by effectively sanctioning the transformation of the Nigeria National Petroleum Corporation into a Public Liability Company. This would project the democratic appeal of the Petroleum Industry Bill as a legal instrument that caters for the masses of Nigeria. Poor and ordinary Nigerians who have endured the shorter end of the stick under the old petroleum law deserve better.
The Nigeria Labour Congress also understands that there are very serious concerns and agitations by oil bearing host communities on a number of issues. The most topical appears to be the percentage of revenue proposed in the PIB as accruing to oil producing communities. It is important that the Conference Committee of the National Assembly ensures equity in the harmonization of the 3% proposed by the Senate and 5% by the House of Representatives especially in a manner that gives a sense of justice, fairness and inclusion to oil bearing and oil producing communities in the country. This is because these communities bear the impact of crude oil exploration and production.
The Nigeria Labour Congress also observed the non-inclusion of workers in the governing structures of the proposed commercial and regulatory institutions and organizations that would emerge from the unbundling of the Nigeria National Petroleum Corporation (NNPC). The NLC demands that relevant workers’ representative organizations in the oil industry especially NUPENG and PENGASSAN should be included in the administrative structures in the proposed regulatory and commercial organizations in Nigeria’s oil industry. The saying that you cannot shave our heads in our absence readily comes to mind.
The Nigeria Labour Congress also hopes that the proposal for the setting up of the Downstream Regulatory Agency is not a euphemism for abdication of government responsibility to fix our public refineries, halt incessant hike in the price of refined petroleum products and reverse the surrendering of our oil wealth to rapacious market forces. Nigerian workers will always resist such enslavement of our people.