You Have any Inquiry? Contact Us
You are here: Home > NLC DEMANDS THE URGENT INTERVENTION OF GOVERNMENT ON IPPIS

NLC DEMANDS THE URGENT INTERVENTION OF GOVERNMENT ON IPPIS 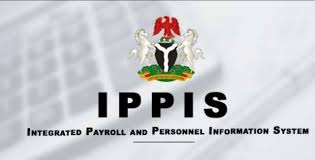 We bring you fraternal greetings from Nigeria Labour Congress (NLC).

In the course of the meeting, the following issues were identified as the major concerns of our workers and affiliate unions;

A National Industrial Court of Nigeria (NICN) judgement and a National University Commission (NUC) circular has put this matter to rest. Yet, this is not implemented on IPPIS.

Honourable Minister, our affiliate unions have written several letters of complaint on the foregoing issues in the past seven months without any improvement. Given that the peculiarities in the education sector were not captured on the IPPIS platform, we write to demand your urgent intervention into the challenges and difficulties faced by our workers and trade unions especially those in the tertiary education institutions.

Honourable Minister, we may not be able to guarantee industrial harmony in all our tertiary institutions if the foregoing concerns are not attended to and resolved immediately.

While we look forward to your response, please accept the renewed assurances of our highest esteem.