You Have any Inquiry? Contact Us
You are here: Home > NLC MOURNS AND CONDEMNS THE DEATH OF THE SECRETARY GENERAL OF THE TRADE UNION CONGRESS, COMRADE (Barr) MUSA LAWAL OZIGI, mni AND OTHER NIGERIANS ON ABUJA – KADUNA TRAIN

NLC MOURNS AND CONDEMNS THE DEATH OF THE SECRETARY GENERAL OF THE TRADE UNION CONGRESS, COMRADE (Barr) MUSA LAWAL OZIGI, mni AND OTHER NIGERIANS ON ABUJA – KADUNA TRAIN 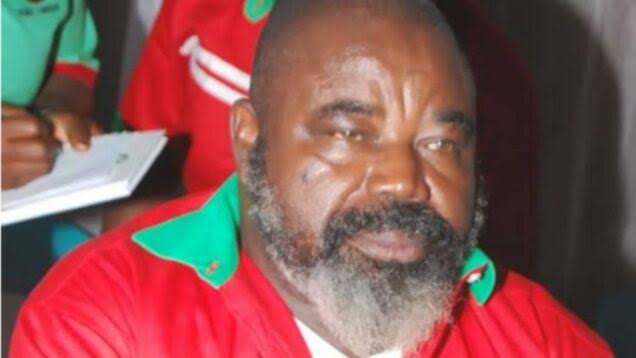 THE NIGERIA LABOUR CONGRESS MOURNS AND CONDEMNS THE KILLING OF THE SECRETARY GENERAL OF THE TRADE UNION CONGRESS, COMRADE (Barr) MUSA LAWAL OZIGI, mni AND OTHER NIGERIANS MURDERED, MAIMED AND KIDNAPPED BY TERRORISTS WHO ATTACKED THE ABUJA – KADUNA TRAIN
Press Release

The Nigeria Labour Congress received with utmost shock the news of the killing of the Secretary General of the Trade Union Congress (TUC), Comrade (Barr) Musa Lawal Ozigi, mni, the Kwara State Chairperson of TUC, Comrade Akinsola Akinwunmi and other Nigerians who murdered, maimed, or kidnapped during the attack on an Abuja to Kaduna bound train on the night of 28th March 2022.

The Nigeria Labour Congress mourns and commiserates with our sister national labour centre, the Trade Union Congress, over this tragic incidence and irreparable loss of its top officials who were traveling to Kaduna State for a trade union related engagement. The NLC also mourns and commiserates with scores of our fellow compatriots who lost their lives, were injured or kidnapped in the dastardly attack. Unfortunately, till now, it is difficult to establish the actual number of casualties and travellers caught up in this tragedy.

The Nigeria Labour Congress condemns in the strongest words possible this national calamity. The tragedy of 28th March 2022 and the brazen assault on the Kaduna Airport a few days ago reveal once again that our country is terribly trapped in the throes of terrifying terrorists and banditry attacks. The message by the terrorists and bandits is crystal clear – no one is safe anymore anywhere in Nigeria – whether by air, road or on the train. This must be the ultimate wake up call for government. It is either the government and security agencies rise to the occasion once and for all or we would be singing the Nunc Dimittis to a civilized, sane and secured homeland.

Just like previous terrorists and bandits’ attacks, government and security officials are wont to visit the sites of such carnage and issue routine “condemn and condole” statements and thereafter nothing proactive would be done. This kind of attitude tend to belittle the value placed on the life of the ordinary Nigerian. This is most tragic. This is also most unacceptable not only to Nigerian workers but the rest of the citizenry who are beginning to question the role of the state if the safety of lives and property can no longer be guaranteed.

It is disheartening to note that our security intelligence appears to invest more resources into blackmailing individuals and groups perceived to be uncomfortable with government policies and actions rather than channelling tax payers’ money into confronting the dire security situations facing our country. We expect credible security intelligence that will help nip potential terrorist attacks in the bud.

While we demand a swift and pungent response to last Monday’s bandits’ attack on the Abuja – Kaduna train and the recent terrorists’ attack on the Kaduna Airport, we call on the Federal Government of Nigeria and security agencies to take the crises of insecurity in our country as a prime test of the will of the state, a frontal challenge on resolve of the institutions of our civility and a daring assault on our sovereignty as a nation. The battle line has again been clearly drawn.