You Have any Inquiry? Contact Us
You are here: Home > OWO MASSACRE : STOP THIS SATANIC AND INIQUITOUS BLOODLETTING NOW! – NLC 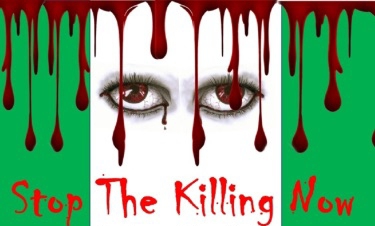 It was with unimaginable shock and alarm that we received the news of the gruesome, barbaric and satanic massacre of scores of worshippers on Sunday, June 5, 2022 at Francis Xavier Catholic Church, Owo, in Ondo State where many people were killed and several others sustained terrible bodily injuries. This is indeed one attack too many!

Our heart goes out to the families and friends of those who lost their lives in this despicable attack. Our prayers are also with those who were injured and we wish them very quick recovery and healing from yet another savage and satanic attacks on innocent citizens of our country.
We also commiserate with the Catholic Church and the Ondo State Government for this great loss. Nothing can be more devilish than this.

It is indeed very unfortunate and worrisome that barbaric attacks by all shades of criminals across the country are getting bolder and more daring as politicians hustle to occupy public elective positions. Very little is heard from those who aspire to lead us on how to effectively tackle the mounting waves of insecurity in our country. It appears that citizens without security votes and those who cannot afford to pay for the services of police escort are on their own as their lives could be preyed on and snuffed out at will as if their lives do not matter.

We call on government to wake up from deep slumber and mobilize our security agencies to take full term justice to criminals all over the country whose aspiration is to hold the country to ransom. It is important that the hunting down of the criminals who desecrated the hallowed grounds of Francis Xavier Catholic Church, Owo is realized in the next couple of days. The swift administration of justice to the perpetrators of this high evil will reassure citizens that there is still hope for the recovery of our country from a very calamitous precipice.

While the government hunts down the criminals behind this attack, we urge fellow citizens not to allow these criminals divide us by provoking arbitrary attacks against ourselves. We must defeat their evil intentions of anarchy by standing strong together against the common enemy.
Finally, we commend the first responders who attended to the victims of the Owo attack particularly medical workers who are currently battling to save many more lives from this satanic attack. We urge the Ondo State Government and the Federal Government to mobilize immediate medical supplies and other care items for victims. We also call for the beefing up of security in public spaces all over the country.

Government must strengthen its intelligence gathering and surveillance mechanisms with the objective of preventing odious crimes of this nature. The fact remains that every action – whether good or bad – are planned before execution. Therefore, there is need for corresponding state actions to screen, detect and forestall dastardly crimes in a professional manner.
One thing is sure – we will overcome the diabolic intentions of the purveyors of these satanic attacks and bloodletting in our country!