You Have any Inquiry? Contact Us
You are here: Home > RELEASE CITIZEN INIBEHE EFFIONG NOW – NLC 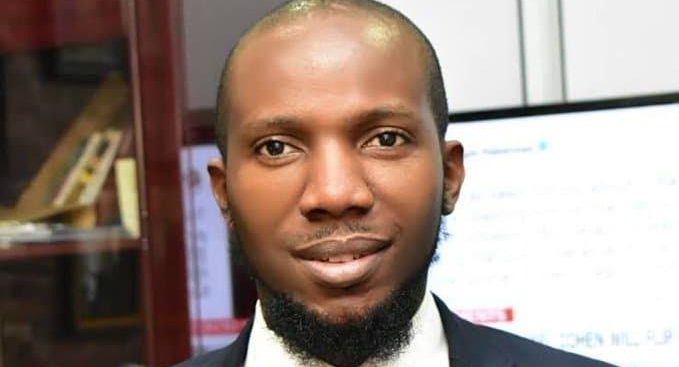 The Nigeria Labour Congress (NLC) has followed with keen interest the travails of Citizen Inibehe Effiong, a lawyer and activist, in the Akwa Ibom State High Court in a case of defamation brought by the Akwa Ibom State Governor which is before Justice Ekaette Obot who happens to be the Chief Judge of Akwa Ibom State. At the last hearing on the matter, Justice Ekaette Obot sentenced Mr. Inibehe Effiong to one month imprisonment for contempt of court.
While we recuse ourselves from interrogating the merit or otherwise of the contemptuous acts that led to the sentencing of Mr. Inibehe Effiong, we are guided by moral punction which instructs restraint in the exercise of the mighty powers reposed in the state and its institutions of authority. We are also guided by the fundamental principle of justice in our laws that presumes an accused innocent until proven guilty – Ei incumbit probatio qui dicit, non qui negat.
Unfortunately, the treatment of Mr. Inibehe Effiong since the commencement of defamatory case against his client appear to violate the morality of the natural instinct to protect the weak and vulnerable against the mighty and powerful. The ordeal of Mr. Effiong also appear to portray him as an accessory to the crime allegedly committed by his client. This burden becomes heavier given that the order to remand Mr. Effiong in a correctional facility even while the case is still under trial came from the state Chief Judge who sits on the case. Clearly, the events surrounding this case make no pretence that Mr. Effiong is up and against the mighty and powerful.
In the pursuit of justice which must not only be served but always seen to have been served fairly, we call on the Akwa Ibom State Chief Judge to be circumspect in her handling of the case which Mr. Inibehe Effiong is defending considering that his client, Mr. Leo Ekpenyong made damning allegations against the Akwa Ibom State Governor, Mr. Emmanuel Udom. We do not believe that it serves the cause of justice and public order for Mr. Inibehe Effiong to be perceived to be punished for doing the job of representing his client.
We also find it curious that Mr. Effiong’s lawful request for the order of the court proceedings that sentenced him be released to him was denied more than twenty days after had filed for the release even when the law provides that such a request should be granted after seven days. Furthermore, the fact that a journalist who was also covering the proceedings of the court the day Mr. Effiong was sentenced was also harassed by Justice Obot who had his recording device confiscated and the contents deleted and the subsequent ill-treatment of Mr. Effiong while in custody lends weight to the suspicion of organized ambush designed to intimidate and cower. The truth is that there is no room for vindictiveness in our laws.
It is on this premise that we call on the Akwa Ibom State Chief Judge, Honourable Justice Ekaette Obot to reverse her earlier ruling incarcerating Mr. Inibehe Effiong. In order to restore confidence in the case that Mr. Effiong is representing especially given the bad blood that now exists between the trial judge and the defendant’s counsel, it is best that Justice Ekaette Obot recuse herself from presiding over the case and assign the case file to another Judge.
We all have a responsibility to protect the integrity of our judiciary as it is the last hope of the common man and woman. This is a burden that the Nigeria Labour Congress will always discharge.